Bio:
Hi. I’m Micalea. Ma-call-e-uh. Weird name, I know. My mom must’ve known I was going to be odd even in the womb. I’ve written a lot of books. Like a lot. Don’t ask me how many, I don’t remember at this point. I have an unhealthy addiction to Diet Coke but I can’t seem to break the habit. I listen to way too much music and hedgehogs have taken over my life. Crazy is the word that best sums up my life, but it’s the good kind of crazy and I wouldn’t change it for anything. 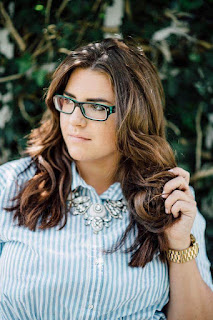 Excerpt for When Stars Collide

We were like two stars orbiting each other—dancing around the possibility that one day we might collide. When we finally did, we opened up a black hole, obliterating everything around us. No one would be the same.
Least of all, us.

Waking up in Vegas married to the guy of your dreams sounds like a good thing, right? Not when you’re Thea Montgomery and said guy is your brother’s best friend.

Thea and Xander have always avoided the connection between them because her brother would never approve. Now, they’re married— the strongest bond you can have as a couple—and they’re not even a real couple…unless they want to be.

Thea wants an annulment immediately, but Xander’s waited too long to see her become his and he won’t let her go easily.

If she wants a divorce, fine, but he wants the summer to convince her that he’s the one. If at the end of the summer she still wants to end their marriage he’ll sign the papers, but until then…

All is not fair in love and war. 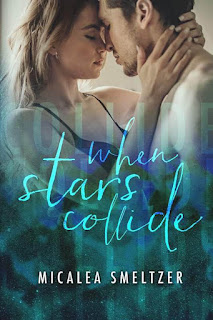 Posted by Chasity Tarantino at 3:36 PM No comments: 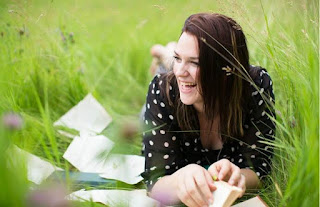 I’m an eternal optimist; negativity only serves as an anchor to creativity. Hate is a four letter word.

I graduated in 2006 from Brown College with a Degree in Visual Communications (Graphic Design). In 2010, I joined a forum and started doing fan art, using my design to make art from the books I read. While there, I met authors and the idea of covers and self-published work snowballed into what I’ve built today.

I loathe socks . . . absolutely detest those suckers . . . creeping down my foot, slouching into my boots, crinkling between the toes. <shivers>

Striving for excellence, and pushing myself to always step outside of the box, is something of a hobby of mine.

But I don’t want to reach the top without a crowd of peers around me, so I look to push people to find their passions and grab hold—no matter how nauseating that might be. Lift as you climb!

If you hire me, my focus will be on designing you a cover with originality and significance. 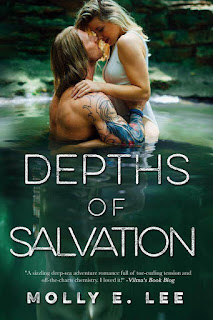 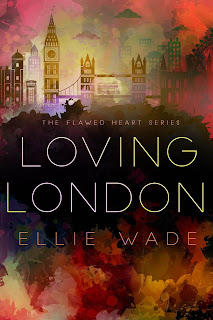 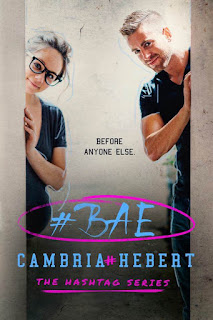 Posted by Chasity Tarantino at 11:13 AM No comments:

I am super excited about this author because she is one of my personal favorites, so without further ado please allow me to introduce you to S.N. Garza!

About the Author
S. N. Garza is from Southeast Houston, Texas, with her husband and two small children. She is a full time Chilihead employee at Chili's Bar & Grill. Author of steamy, sexy, sinfully beautiful stories about strong alpha men and the women who fall for them.
When she's not taking care of her family, or working her tail off, you can find her writing well into the night with her headphones on, or reading another steamy romance novel, attaining another fictional boyfriend.
Remember
Where the men are strong, the women, stronger. 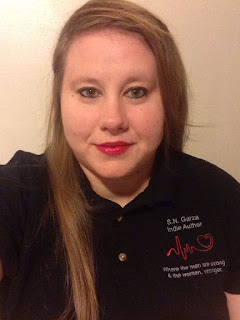 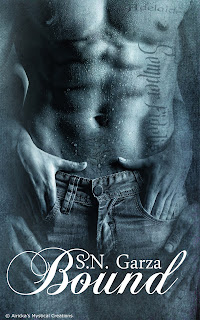 Courtland spent his childhood watching his mother turn tricks and bow
to her abusive pimp. It taught him a lot about relationships and how
never to get involved in one. When he meets sweet Adelaide, his life
is forever changed. Her gentle personality has him thinking maybe his
vow to never commit is misplaced. Until she disappears out of his
life.
Adelaide knew the only way to escape the darkness she’s lived her life
in, is to go back to the one place that’s haunted her dreams. Home.
Reuniting with Courtland is the last thing on her mind until she
becomes helpless to his every kiss. Hopeless to his every touch. And
no matter how far she tries to run, her heart is irrevocably bound to
him. 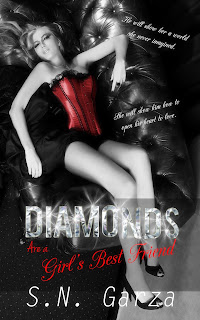 ***for mature readers due to sexual content, graphic language, and violence. Not for young adult readers***
He will show her a world she never imagined.
She will show him how to open his heart to love.
Scarlet Castle is a small-town girl with big-city dreams. Ever since she can remember being a dancer on Broadway has been her goal, but downtown Houston is as far as she’s gotten.
Dax Dixon keeps the books at Saints and Sinners Lounge, a well-known cabaret in the heart of Houston. He’s also the grandson of a hard core motorcycle club president. No one can prove the club is full of criminals, but Dax doesn’t need proof for what he already knows. And he also has no intention of being involved.
As for the opposite sex? They were only good for one reason.
Then he meets Scarlet. Then all bets are off.
One night at the lounge Scarlet becomes a witness to a crime, living proof that the MC is not as pure as they want people to believe. Dax’s grandfather wants to eliminate her and he sends someone she least expects to get the job done.
Can Dax get to her in time to save her from the MC determined to destroy their future?
-- 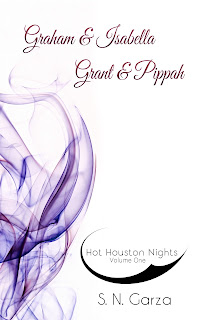 Graham & Isabella: What happens when a one night stand, doesn’t stay just that?
Out for the first time after a long term relationship, Isabella wasn’t expecting much except a good time with the girls. A one night stand wasn’t in the cards, until she met him.
Graham is damaged both physically and mentally by a past that refuses to let him go. When he sees Isabella for the first time, she wasn’t at all what he was expecting.
One night. No regrets. That’s all it was supposed to be. But fate has different plans. Follow Graham and Isabella on their discovery of trying to fight fate, but one night just isn’t enough.

This is a three part serial series of hot sexual encounters and conflicting emotions. Their journey to their happily forever after will be a hard one, but so worth it.

Grant & Pippah: Grant Moore is fine being a bachelor. He has no intentions on letting a woman lead him around by the nose like his best friend did. Until the one night he slept with a virgin. When morning came, she disappeared with the night. Leaving him feeling robbed. Something about her ignited a flame that he wasn't ready to burn out.
Pippah Walker had a list. Being the daughter of a wealthy man, she was making it happen. But when he cuts off her expenses and ships her to Texas to learn some real life lessons, Pippah decides to take a risk and mark off one of her quests. Having a one night stand. 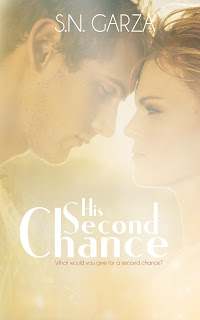 As a young girl, all Kellan ever wanted was to be herself. Always compared to her perfect older sister, Kellan leaves for college with hopes to be free of condescending parents. When tragedy strikes, and her older sister gets murdered, she’s more ostracized than ever. So she stays away.
Five years and a big blow up with her boyfriend, Kellan returns to Bay Creek. A small Army town in west Texas.
After the tragic loss of his wife, Beckett took every mission he could to avoid his hometown. Letting his family raise his son in his absence. When Kellan shows up, he’s reminded what it feels like to be alive again. Only one thing…he never expected to fall in love again. Not with the sister of his dead wife.
Sparks fly and passion ignites. How could something so wrong, feel so right?
Will his second chance at happiness blow up in his face?
Secrets are uncovered. And the betrayal cuts deep. But love…cuts the deepest. 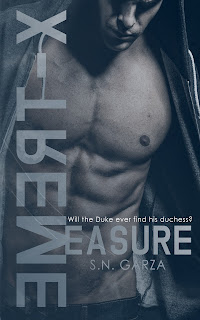 X-TREME MEASURE: where everything is for your pleasure.

Daniel 'The Duke' Greensboro wants nothing more than to take care of his little girl. Being a male stripper and escort made that happen. He wasn't looking for anything else. Until she moved into the apartment next door and turned his world upside down.
When Moriah's financial aid is cut off, she has to find a new place to live and going home to deadbeat parents wasn't an option. Finding a posh apartment in the heart of Houston was her only choice. She didn't anticipate meeting hot, sexy-as-sin, single dad Daniel Greensboro...the neighbor across the hall. When he asks for a favor, she just can't say no.
Then one night Moriah goes out with the girl's from work and they head straight for X-treme Measure. She has no idea what to expect, until she sees Daniel, heating up the stage.
Seeing Moriah at X-treme Measure is shocking but it provokes him to give her just a little tease of what she could have.

Sometimes you find love in all the wrong places. Every once in awhile, it's so worth it. 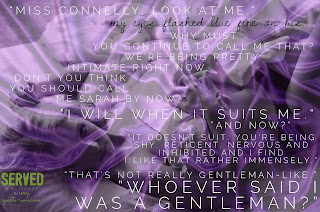 Sarah Connelly's had a crush on Team USA Volleyball player Donovan Richards ever since she could remember. When she finally gets the chance to meet him, she never thought she'd catch him with his pants down. What's a girl to do?
The intense, focused gold medalist Donovan Richards never believed in love at first sight. Until Sarah, the new sports medicine trainer, came walking in, catching him almost naked in the locker room and staring straight at his dick.
Sarah is dedicated to her job, but Donovan is relentless. He goes for what he wants and that's the sexy, sassy Miss. Connelly.

Should she choose love over having the career of a lifetime? Or can she find a way to have both? Donovan certainly thinks so, because he's never giving up on her or on them. Even if it means quitting Team USA. 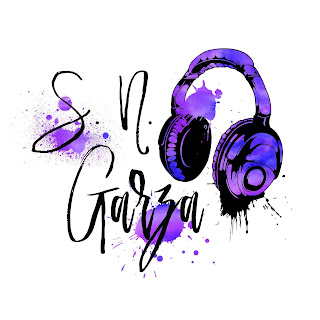 Posted by Chasity Tarantino at 11:27 AM No comments:

Author Bio: Z.Z. Rae is the author of the book: Angel Guidance for Wealth. She lives in a small town, where she inspires others to find their voice and do their passion in life. A coffee addict, Z.Z. loves to find unique coffee mugs, as well as taste several kinds of dark chocolate. 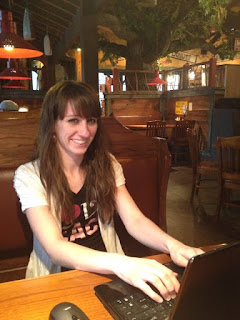 Angel Guidance for Wealth: Do you struggle in the area of wealth? Have you felt frustrated?
In Angel Guidance for Wealth, the angels messages speak directly to you. They breathe on the pages their helpful advice, love, and wisdom. In this book, you will hear from multiple angels—they are always at our side to help us. Open up your heart, to the love of your angels, and walk free. Don't forget to pick up your FREE copy of Angel Guidance for Peace at the end of the book! (link https://amzn.com/B01GY4P67C ) 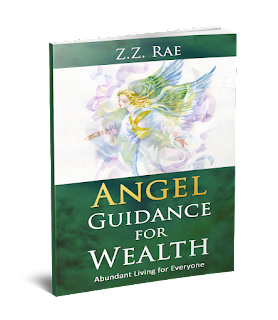 Angel Guidance for Inner Healing: If you find yourself constantly plagued with fear, pain, worry, and inner doubts, reach out and connect with the angels to help clear away those problems. In Angel Guidance for Inner Healing, the angels give you their input on how to walk free of emotional pain and bring healing in your life. Uncover the secrets of heaven and listen to your angels. ( https://amzn.com/B01I5LPNS4 )

Posted by Chasity Tarantino at 7:31 AM No comments: